It’s amazing how many people will express outright jealousy when you tell them that you are taking a two-month sabbatical (career break) to care work in a children’s orphanage in South Africa, and yet not consider it something that they could do themselves!

Build up to the care work project in South Africa

Even the HR woman – whilst signing all the documentation to stop the regular flow of my monthly pension payments – babbled profusely about how she herself had been wanting to do it for years but had never had the nerve. This seems to be the common theme; tied up with mortgages, relationships, gym memberships, and mostly fear of the unknown, people seem un-keen to pursue what they deem to be a teenage ‘flight of fancy’ not yet expired in their nine-to-five lives.

It makes you wonder then, just who are the people making up the growing phenomena of these ‘adult gappers’? Well, I guess they must be people like me; straight out of university with enough of a financial hangover to make a grown bank managers palms sweaty, fallen into employment with no clear idea of where I was going, or even wanting to go, and a lack of ambition so distinct that I would have turned up to work in my pajamas if I could. It was only when I reached a quiet period at work and hit unrecognizable levels of boredom and frustration that I eventually split at the seams.

It took weeks to summon the courage to tell my boss – possibly unheeded worry when she simply shrugged her shoulders and agreed that she couldn’t really see any reason why not. The nightmare only became real when I was faced with armfuls of paperwork with unwittingly signed signatures of myself, declaring that I would like my pension halted, that I was no longer eligible for health insurance or any other work-related benefit – even that I would have to pay to have my gym membership stopped – nobody tells you to expect that! Worse of all, signing a form to agree that if the company chose to then they were no longer dutiful to offer me a job on my return – and detailing all the means by which they would tell me that my job had been made redundant. Realizing that I couldn’t lose face now, I contacted Changing Worlds as a friend of mine, James Burton, runs this. Sure enough, they found me a placement at a children’s home, just on the outskirts of Port Elizabeth.

The arrival in South Africa

They already had a group doing sports and school work out there, and within two days I was on the plane with a sick feeling in my stomach built on the paranoia of the imminent danger of Johannesburg airport (completely unfounded as it turned out). The children’s home lay in between a waste dump and an old airfield in Port Elizabeth and resembled something more akin to an old rifle shooting hut than a children’s orphanage. The home had been started by Christian missionaries, which is often the case in South Africa’s religious landscape.

Religion here seems to dictate life, and I was shocked by the politics it created, the harsh atmosphere. Boys and Girls were not allowed to mix together, the staff was there out of duty-bound guilt and fear of eternal damnation, and love for the children seemed to come from the ‘old school’ of being seen and not heard. I had obviously been spoilt in my gentler Western upbringing.

Still, the children were as all children are – loving, giving, beautiful, and complete rascals. These were children between the ages of 3 and 16 who had been born into families already stretched to their financial capacity, to parents who were drug users, or HIV patients too ill to look after them, and they were certainly not without their fair share of problems. Having been poked and prodded by social services and various interfering bodies, they wanted nothing to do with me at first. I had assumed that being starved of attention would mean that they would crave it but they cleverly adopted an approach of complete emotional self-sufficiency.

It took a while to build their interest, and their trust, but we quickly progressed to a stage when they started talking about their childhoods. Many were desperately homesick after being forcibly removed from their parents, and many still had to come to terms that they were simply ‘unwanted’.

Their days were a harsh routine of morning cleaning and prayers, followed by the school. On return from school, a basic lunch of Quorn meal and a sugary cup of coffee would keep the children wired for homework and more cleaning in the afternoon. The home couldn’t afford any activities so instead, the children were allowed to play in the barren half-acre of ‘garden’ outside the home. With boys and girls separated by a wire fence and with toys, play very commonly became a routine of lying in bed on an afternoon. In an attempt to give the children some freedom, we decided to create a dance show and charge a paying audience (mainly the other volunteers) to raise funds to allow for a day out.

The children reveled in having a regular routine and surprised me with their love of music and the change in the atmosphere it created. My dancing never failed to amuse them and after much blood, sweat, and tears (and help from a visiting dance teacher) we almost managed to produce something half presentable. A day on the beach (even in freezing cold rain and wind) was a great outlet for the children and will give me treasured memories for a long time to come.

I had no experience in dealing with some of the issues that arose – children with HIV, kids with violent behavior, children with severe depression, and I had no answer for them myself. You can simply but detract yourself and focus on giving what you can. I never anticipated it would be so hard to leave these children, and I was naïve in my thoughts that there would be no guilt at walking out. In the end, I had to question whether it was better to love and leave or not to love in the first place, and it’s still a question I can’t answer. There will be millions of people like me, trying to fill a gap that may or may not need closing, and I can only hope that the children will benefit from everything that can be offered to them, and use these experiences to open their eyes to the wider world. For me, it made me realize that you can’t solve the problems of the world in a day, and an 8-week gap break won’t do it either, but you’re certainly off to a very good start. 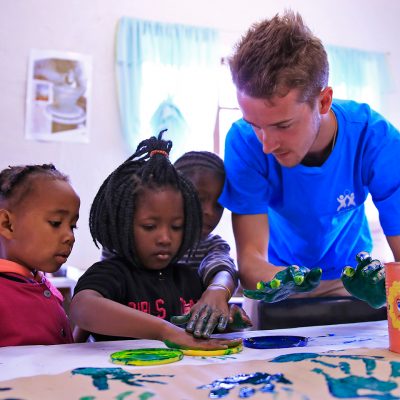 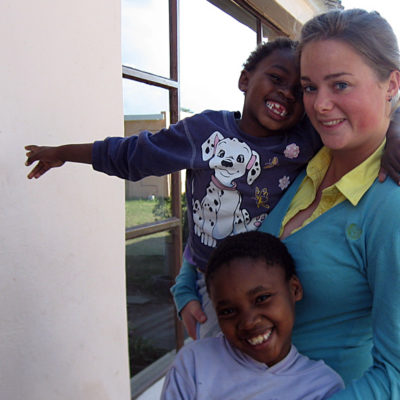